This is 1 of SA's top Christian pop/rock bands which was formed in early 2007 by members from various bands which include ONE80, The Narrow and Arde, under the direction of Drs Theo and Beverly Wolmarans, the senior founding pastors of Christian Family church Int, with the purpose of positively influencing the youth and combating moral decay in today's society.

Although some of the founding members have left over the years, the core of the group remains the same. There is a great variety of people in the group with an average of 24 years old. They strongly believe that each member is handpicked by God with the result being that it is more than a band but a calling.

'this and this only has been my appointed work; getting this news to those that never heard of God, and explaining how it works by simple faith and plain truth' 1 Tim 2:7

And it being a calling members appreciate the fact that they are not chasing fame and fortune but are trying to further the cause of spreading the Gospel of God. Their vision is to spread their music to the world and winning at least 100 000 souls through live worship ministry and to use the success of this ministry to benefit the church and to uplift the underprivileged.

’being confident of this very thing, that He who has begun good work in you will complete it until the day of Jesus Christ' Philippians 1:6

>29 July 2007 The Plain Truth shot 'God Above The Universe' their first DVD which was filmed by the top television and live production crews, infront of more than 3000 people and was dubbed one of the largest DVD recordings ever for South African band.

Shortly after they went on their first international tour to the USA where they played for crowds in Palm Beach, Florida as well as San Antonia and Houston.

> “The Plain Truth” released their much anticipated new single called We Won’t Stay Silent. The track was recorded at the SABC studios in Johannesburg, produced by Brian O’Shea (multi SAMA award winning producer), mixed by Jasper Williams (multi SAMA award winning engineer) and mastered by METROPOLIS in London, England. This song has become the anthem a new movement called We Won’t Stay Silent – which is mobilizing thousands of people across South Africa and the world to speak out about their Christianity! The music video for We Won’t Stay Silent was nominated in the category of ‘Best Music Video’ at the 2010 SABC Crown Music Awards.

>On the 22nd of May 2011 “The Plain Truth” released their 3rd full length album titled “we are the shining ones”. The band wrote the album for over 9 months and invested much time into ensuring that each song is a favorite.

The album was mixed in Nashville in the USA by Sean Moffitt who is one of the biggest talents in the USA. Grammy award winner, Chris Stevens (mix engineer and producer on the Hillsong United Aftermath album amongst MANY others) assisted with producing the album and it was mastered by arguably the best company in the world – Sterling Sound New York.

The result is the best album The Plain Truth has ever produced!

> “The Plain Truth” released their new album in the USA with a very successful 4 state tour in June/July 2011.

>On the 7th of November 2011, “we are the shining ones” took two awards for Best Gospel Rock Album and Best Engineer at the 4th SABC Crown Music Awards.

>“The Plain Truth” recorded their much anticipated 4th album entitled “All In” on the 5th of October 2012. This new album was recorded live at Christian Family Church JHB in front of more than 3000 people.

The new album features the band’s hit new song, “My everything” which builds on the dance theme of their previous huge success ¬¬– “Taking it higher”. Another huge anthem on the album is “All for Love”, a worship ballade that features a 12 piece South African National Champion Bagpipe band.

>On the 17th of November 2013, “All In” won in the category of Best Engineer at the 6th annual SABC Crown Gospel Music Awards. The band also performed their hit single “My Everything” live at the awards ceremony at the Durban ICC, which was also broadcast live on SABC 2. 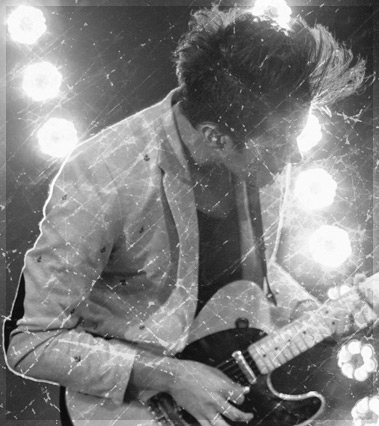 Videos of The Plain Truth