25 years ago I was an arrogant young South African newspaper journalist who thought Christianity was for weak people who needed a crutch to help them face the challenges of life. My wife, Val had become a Christian a few years previously while we were living in Zimbabwe where I was posted for two years. I magnanimously (or at least, so I thought) tolerated her delusion but made it clear that it was not for me. But during a season in which I was working at night as a sub-editor in Port Elizabeth I used to stop at various drinking holes late at night and got into a lifestyle that even I could see was self destructive and incompatible with my role as a husband and father of two dear little girls. So one day I decided to take the advice of an acquaintance, given to me at a braai about a year previously: "You should read the Gospel of John". I read it and knew immediately in my heart that this was truth. Val had been praying for the years and the Holy Spirit was wooing me. As a step of faith I left my newspaper job about a year later to get out of night work and to share more of my life with my family. In the years that followed I worked in various freelance media fields.

Fast forward to June 2010 by which time I was a partner in a small real estate business in PE. I started a blog in which I posted testimonies about amazing things that God was doing in various people’s lives. It was good to be writing again after a break of quite a few years. Man, I thought, it was especially good to be writing Good News instead of all the bad news I used to write in my old newspaper days! 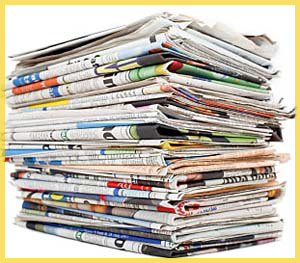 By the end of 2010 I knew in my heart that the Lord was calling me into full-time Christian writing. I shared this with Val and early in 2011 we asked elders in our church to help us test the call. Within days of getting a go-ahead from the elders I had a coffee meeting with Trevor Jennings, a friend and coordinator of Transformation Christian Network, a ministry that links leaders in Nelson Mandela Bay with the objective of transforming the city. By the end of our coffee chat, we decided to startGateway News.

And so, in February 2011, by faith, we launched Gateway News with the objective of reporting Eastern Cape Christian news. Very soon we realized that God had a bigger vision for us and we adopted a national focus. The Lord continued to stretch us and today our vision is to reach every Christian in South Africa with quality, local, national and international Christian news and news from a Christian perspective.

In Matthew 9:36 (NLT), we read: ”When He (that is Jesus) saw the crowds, he had compassion on them because they were confused and helpless, like sheep without a shepherd." I sense that Jesus looks with compassion at Christians in South Africa today whose opinions are being shaped by media sources that inspire fear rather than faith, and which call right wrong and wrong right. We are trusting God to grow and use Gateway News to inform, encourage and activate Christians: to help them to live out a biblical world-view. 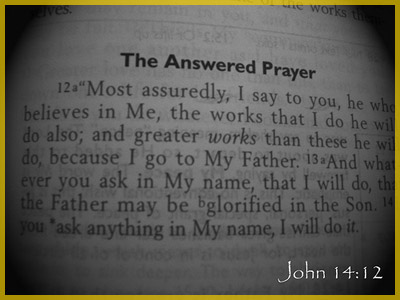 God has been faithful in bringing us stories of amazing things that He is doing in our nation. We have been privileged to report on inspiring news that no secular news provider would publish. In our first year we had the joy of seeing some “activation” happening on a grander scale than we could have anticipated, when we were used as a catalyst in staging a mass prayer day at the Nelson Mandela Bay Stadium. Another goosebumps moment was when we were given the chance to say a few words to the men at the 2012 Karoo Mighty Men Conference, and 1 000 men subscribed to our newsletter there-and-then via sms. We have been blessed by talented Christian writers from various parts of the country who are making a valuable contribution as columnists. And yet, we are also aware that we are still only scratching the surface of the Kingdom stories and perspectives that need to be shared with our people. We are aware that we are totally dependent upon the Lord to reach the readers, recruit the writers, and raise the resources and partners needed to realize the task before us.

And so we hold on to words like “Do not despise these small beginnings, for the Lord rejoices to see the work begin, to see the plumb line in Zerubbabel’s hand.” ~ (Zech 4:10 -- NLT). 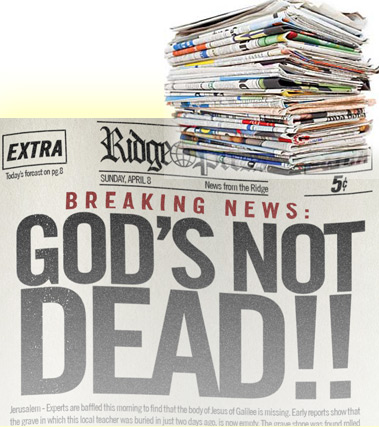